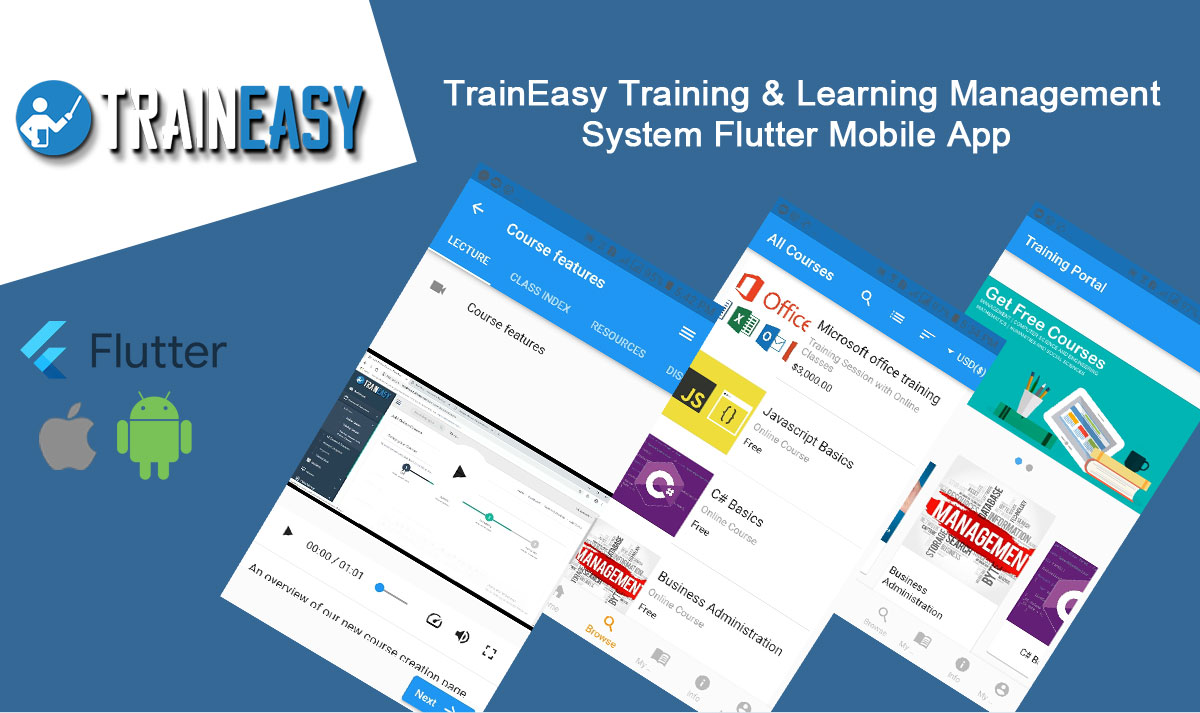 We are excited to announce that we have just released a major update to our TrainEasy mobile app product. Our new version is now built on the Flutter framework. This enables users to create a native app for both iOS and Android devices!

Previously, we built the mobile app with the ionic framework. However, ionic only enables the creation of Hybrid mobile apps i.e. mobile apps that are actually web apps running in a browser on the mobile device. Performance of such apps is not optimal so we decided to create a new version using Flutter. Flutter is the cross platform mobile app development framework from Google and is currently the most sophisticated option for building cross platform apps.

Visit our product page for more information and for the link to try out our new demo on the Google play store.

We are developers of premium software including SaaS, self-hosted and mobile applications.

Subscribe to our newsletter today and stay up to date with our software tips, new releases and industry news!

Got questions? Get in touch now!